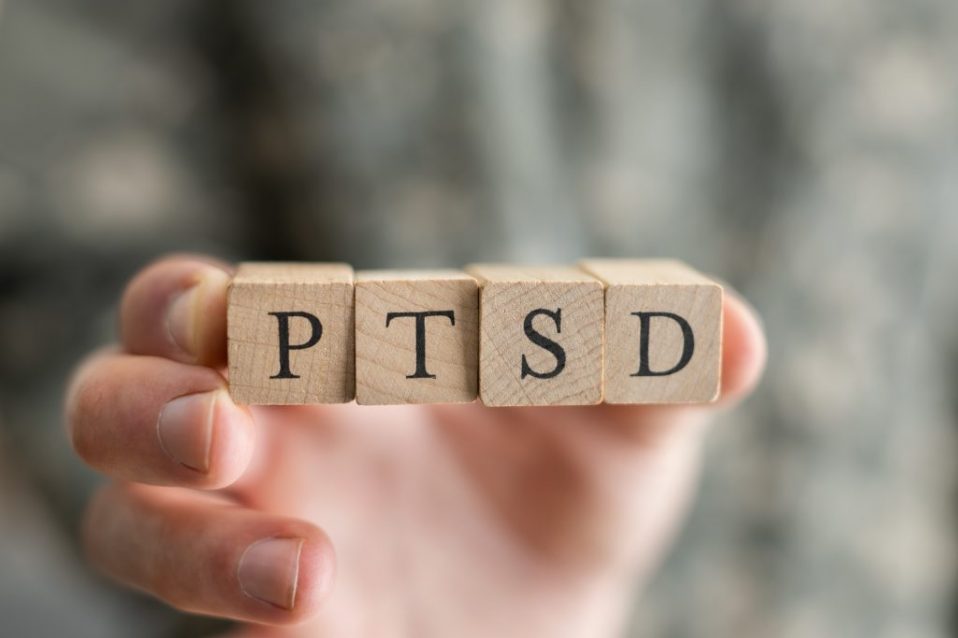 TL;DR – My husband was my abuser. Disc golf helped me build coping skills for PTSD. Read the full story below!

I had an anxiety attack the other night. Not a normal one… whatever normal is, but the crippling kind. The kind that makes you forget how to breathe, your body instantly heats up, and then you experience heart palpitations. It ended in tears and exhaustion.

What led me there? I was stressed. I was having a terrible brew of emotions and thoughts like, “Your emotions aren’t allowed. You must stop. Emotions are weak,” which cycled back into other memories. The times that got me to where I am.

Back then, if I were to defend myself, it would always lead to a fight, an argument. Then me, cowering and taking all the blame. Even now, loud noises, like something falling in the kitchen or voices raised at an event, can sometimes get misconstrued in my mind as something being thrown against a wall or a voice yelling in anger.

These noises cause a certain gaslighting of myself – my emotions are not valid and I’m being dramatic (someone actually told me that once).

You see, living with PTSD is hard.

The DSM-5 defines Post Traumatic Stress Disorder, or PTSD, as Persistent, distorted cognitions about the cause or consequences of the traumatic event(s) that lead the individual to blame himself/herself or others. Persistent negative emotional state (e.g., fear, horror, anger, guilt, or shame). Markedly diminished interest or participation in significant activities. Diagnosis occurs when you meet the criteria:

So, there you have it. The full DSM diagnosis criteria of PTSD. I bolded the things my therapist ticked off; in case you were wondering what the bold was for.

Throughout the relationship, my “health” was always a concern. I needed to lose weight, be more active, fit into a criterion that he wanted.

When he started working a new job in the fall of 2019, the only thing that really changed was he was able to interact with more people, mostly women. Leading him to question the viability of our relationship, leading to cracks.

The people who he chose to be around inside and outside of work wrecked my mental health. I knew I was not good enough anymore. It made me wonder… was I ever good enough?

What did not change in the relationship was me – I did not do what he wanted. I did not lose weight… I tried, but it just did not work. I’d get discouraged and give up.

Every month was a fight about how I looked. And I took all the blame. I always accepted that our troubles were my fault. The easiest way to fix everything would be to change. If I really loved him, I would change to save us.

He also, by that time, told me he did not know if I had ever really made him happy, among other things. I was a walking wreck. I had entered survival mode and was hanging on by whatever thread I could grasp.

My job suffered. My friendships suffered. I suffered. Everything was messy and depressing.

When we entered to see our counselor, we were each given time to be individually evaluated. When asked about past traumas, the question was asked – “Have you had any sexual trauma?” I shut down. Depersonalization happened.

I could see myself watching the trauma. I went silent. I tried to answer the therapist, but my thousand-yard stare and lack of verbalization were enough. As therapy continued, I was referred to a separate therapist for private sessions. But, as my marriage continued to dissolve, every symptom got exponentially worse.

It was not that I was being sexually assaulted in my marriage, but the feeling of “If I’d have done this, then this wouldn’t have happened,” carried over from one experience to the other.

Bad things were happening to me because I did (or did not) do something. I was spiraling. I got reckless, turning to alcohol to sleep without nightmares. To cope with watching my marriage collapse. To try to be a normal person and numb the pain.

I withdrew from all social activities. I withdrew into myself. I felt alone…no, I was alone. My spouse was being wishy-washy with his decision to stay or go and the uncertainty was crippling. As I continued with my therapist, we began EMDR therapy.

EMDR changed my life. EMDR stands for Eye Movement Desensitization and Reprocessing. It’s not what you think of when you imagine therapy. It’s not talking on a couch or medication.

EMDR uses your own rapid rhythmic eye movements to dampen the power of emotionally charged memories from traumatic events. Basically, she would have me recall a moment that was traumatic while moving her fingers back and forth in front of my face and asking me to follow the motions with my eyes. 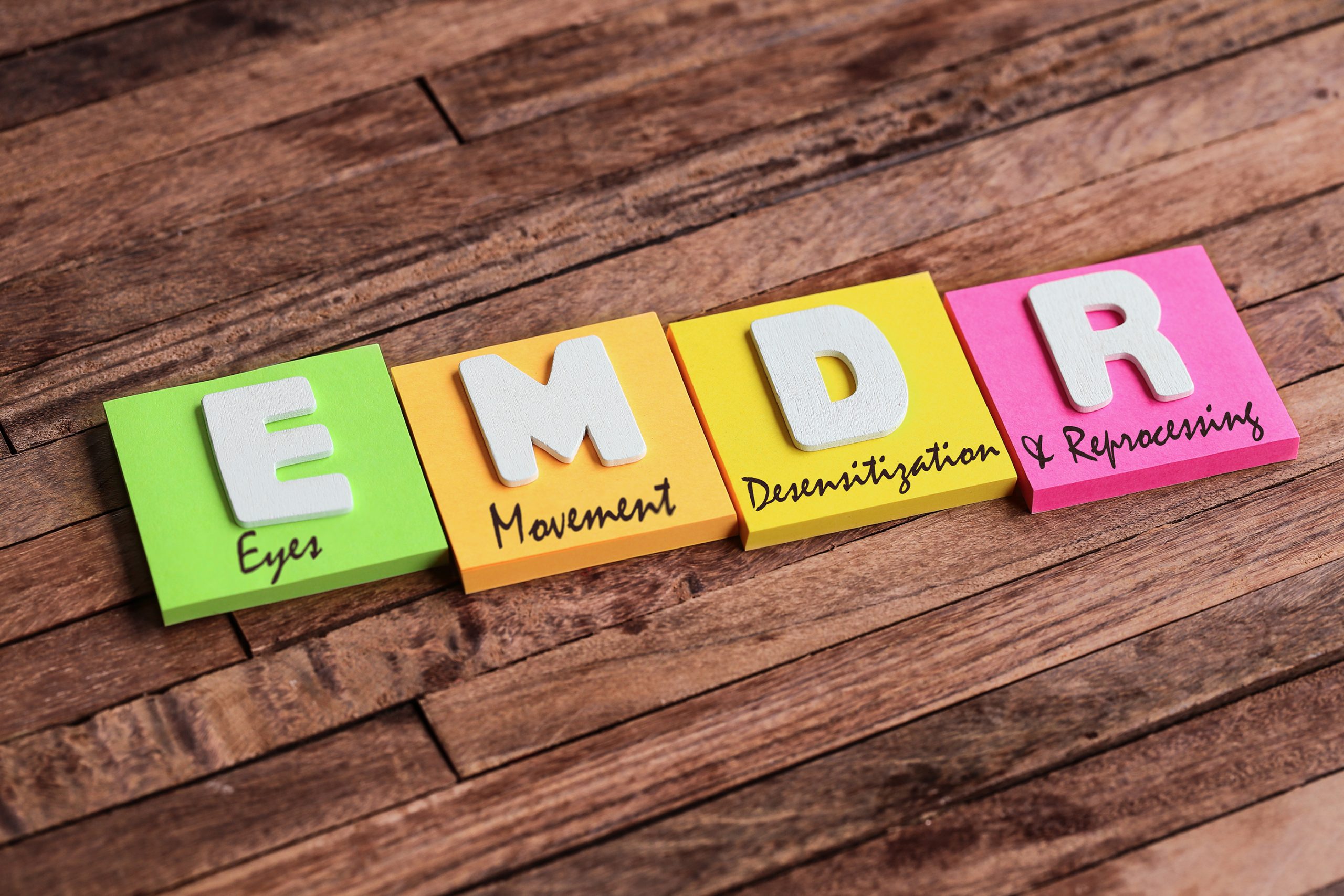 As I was recalling the moment, which includes all the emotions and body sensations that occur with it, she would guide me to shift my thoughts to more pleasant ones as she was moving her fingers.

I was asked to rate my level of distress before, during, and after so that we could track if memories were becoming less disturbing. So, for 90 minutes each week, in the middle of a pandemic (COVID started at the same time my marriage was failing), I would sit with my therapist and relive the trauma.

Memories would flash before my eyes of my abuser going, “If you don’t do what I tell you, I’ll tell people this,” and “I’ll do this if you refuse to do what I tell you.” Each session, analyzing the situation, recalling the feelings, and recalling the memories. I’d always want to take a scalding hot shower to wash away the dirty feeling of the trauma after.

In layman’s terms, EMDR shows that the mind can heal from psychological trauma much like your body tries to close an open wound. If the open wound is continually irritated, it will fester and cause pain – once you remove the irritation, healing occurs. In this case, the open wound is an emotional wound, and once the festering is relieved, healing can occur.

There are 8 Stages of EMDR therapy:

Even with the steps, the therapy is not considered complete until all the memories have been brought to attention, present situations addressed, and skills for the future discussed. That’s where disc golf comes in.

My marriage dissolved in May of 2020. Now, I am with an amazing man named Cooper.

I met Cooper in July and gave him full honesty about my marriage and my mental health. By mid-August, he had me playing disc golf.

Movement is a top priority to me because of the skills I need for after EMDR. I had been going to the gym since February and was down 90 lbs. by July. Adding disc golf in was a surprise.

I did not expect to love it so much, I was over 83 strokes on a course that was a par 54 the first time. It was a challenge.

In the weeks that followed, I noticed that when playing, I was more aware of my emotions and how I was breathing. I could cope with more body and sensory sensations. I could self-soothe when my game was off or when a disc did not do what I wanted.

As I was golfing, I did not shut down when my emotions were too much. I worked through them. While talking with my therapist, she said that those were the skills I needed to build to keep going after EMDR because I would not need EMDR forever. I needed coping skills forever.

Disc golf gave me that. Sure, days aren’t perfect, and my games aren’t perfect, but nothing ever is. Now, there are days where I hear a loud noise or voice on the course and instead of cowering, I can acknowledge that something disturbed me. I can self-soothe and analyze what the disturbance was.

Disc golf has given me a place to belong and a group of women who are so supportive. I’ve met the most amazing people through disc golf. I’d only been playing for 2 months when I participated in Throw Pink’s Clinic at Winthrop the day after the USDGC.

It has let me introduce social interaction at my own pace and now I’ve got friends in my local club. It gets me outdoors and active.

There is a new challenge with each stroke, which keeps me sharp. It reminds me that there’s hope. For everyone with PTSD, there’s treatment. There’s a way to learn to live a full life again. Life continues past that last trigger, and you are strong enough to make it. If you're interested in learning more about disc golf, check out Throw Pink's Top 5 Beginner Tips post!

If you feel like you meet the criterion for PTSD or are concerned about your mental health, reach out to SAMHSA to find someone to talk to. 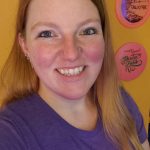 Jo-El is a Throw Pink team member and has been playing disc golf since 2020. She was diagnosed with PTSD in 2020 and as a part of her way to cope, she became involved with disc golf. 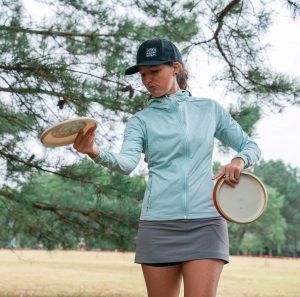 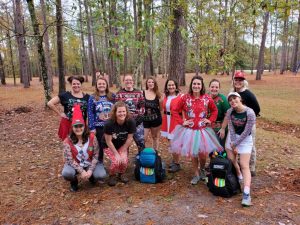 Tips to Run a Successful Disc Golf Tournament Do you want to hold a tournament, but you’re worried it’s going to fall flat? Chances are, 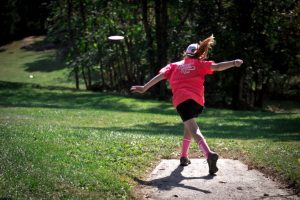 Disc Golf Guide: Top 5 Beginner Tips Throw Putters Have you ever tried to throw a disc only to see it go immediately to the